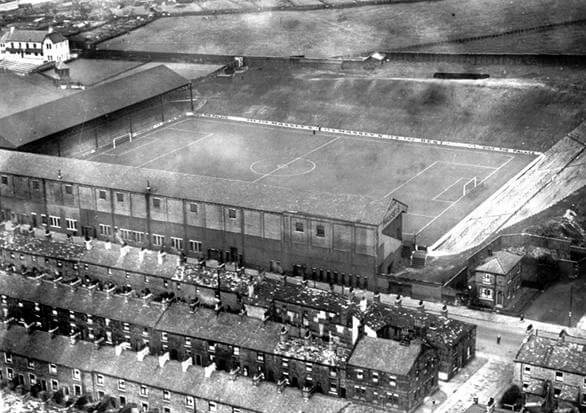 On 10 August, Burnley Football Club played their first-ever match as an association football club against local team Burnley Wanderers, winning 4–0. The team played the match in a blue and white kit, the colors of the former rugby club, at their home ground Calder Vale, which was also adopted from the rugby club. Burnley’s first competitive game was in October 1882 against Astley Bridge in the Lancashire Cup, that game ending in an 8–0 defeat. In February 1883, the club was invited by Burnley Cricket Club to move to a pitch adjacent to the cricket field at Turf Moor. Both clubs have remained there since, and only Lancashire rivals Preston North End have continuously occupied the same ground for longer.