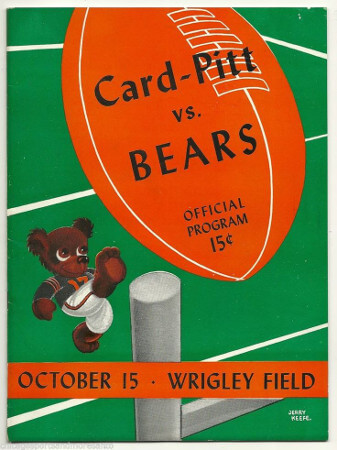 In 1944, owing to player shortages caused by World War II, the Cardinals and Pittsburgh Steelers merged for one year and were known as the “Card-Pitt”, or derisively as the “Carpets” as they were winless that season. In 1945, the Cardinals snapped their long losing streak (an NFL record 29 games, dating back to the 1942 season and including their lone season as Card-Pitt) by beating the Bears 16-7. It was their only victory of the season. In 1946, the team finished 6-5 for the first winning season in eight years.