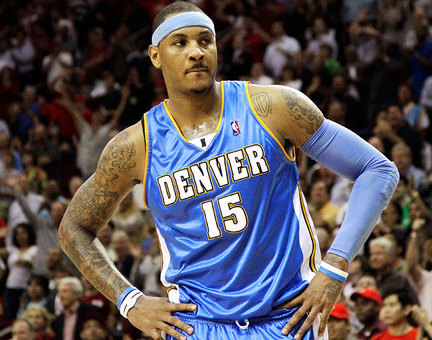 On February 22, 2011, after months of speculation that he wanted to leave the Nuggets, Carmelo Anthony was traded along with Chauncey Billups, Anthony Carter, Shelden Williams, and Renaldo Balkman to the New York Knicks in a multi-player deal also involving the Minnesota Timberwolves in which the Nuggets received Wilson Chandler, Raymond Felton, Danilo Gallinari, Timofey Mozgov, and Kosta Koufos. On the day when the trade was done, the Nuggets were left with 9 players to play against the Memphis Grizzlies.