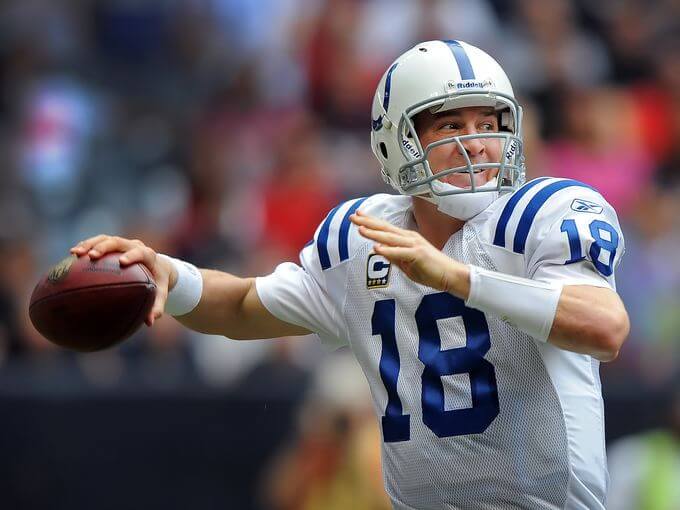 Jim Irsay began to shape the Colts one year after assuming control from his father by firing head coach Lindy Infante and hiring Bill Polian as the general manager of the organization. Polian in turn hired Jim Mora to become the next head coach of the team and drafted Tennessee Volunteer quarterback Peyton Manning, the son of New Orleans Saints legend Archie Manning, with the first overall pick in the 1998 draft.

The team and Manning struggled during the 1998 season, winning only three games; Manning threw a league-high 28 interceptions. However, Manning did pass for 3,739 yards and threw 26 touchdown passes while also being named to the NFL All-Rookie First Team. The Colts began to improve towards the end of the 1998 season and showed continued growth in 1999. Indianapolis drafted Edgerrin James in 1999 and continued to improve their roster heading into the upcoming season. The Colts went 13–3 in 1999 and finished first in the AFC East, their first division title since 1987. Indianapolis lost to the eventual AFC champion Tennessee Titans in the divisional playoffs.