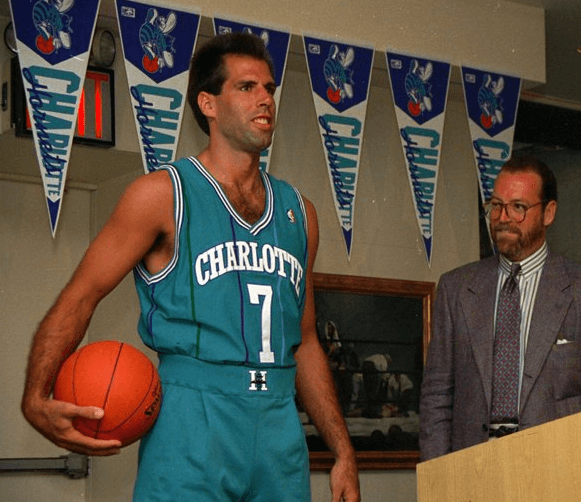 After the NBA’s growth in popularity expansion was only natural, and the city of Charlotte was only a natural site for one of the four new teams that would begin play over a two year period. Carolina had once been home to a popular ABA team known as the Cougars, and a hotbed for College talent with four major universities that had made the Final Four within a few seasons. The Hornets would play their first game on November 4th losing to the Cleveland Cavaliers 133-93 at the Charlotte Coliseum. The Hornets would earn their first win four days later when the beat the Los Angeles Clippers at home 117-105. Wins would not come often for the Hornets who finished last in the Atlantic Division with a 20-62 record. One of the bright spots was the strong play of Kelly Tripuka who led the team with 22.6 ppg, highlighted by three games in which he scored 40 points.