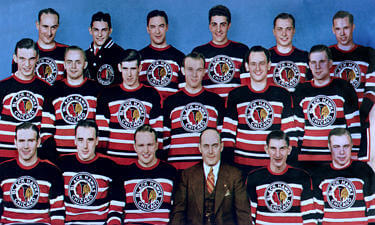 On May 1, 1926, the NHL awarded an expansion franchise for Chicago to a syndicate headed by former football star Huntington Hardwick of Boston. At the same meeting, Hardwick arranged the purchase of the players of the Portland Rosebuds of the Western Hockey League for $100,000 from WHL president Frank Patrick in a deal brokered by Boston Bruins’ owner Charles Adams. However, only one month later Huntwick’s group sold out to Chicago coffee tycoon Frederic McLaughlin.