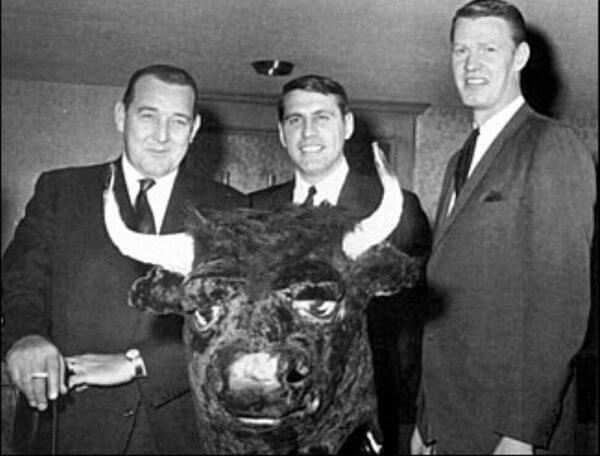 The Chicago Bulls are the third NBA franchise in Chicago, after the Packers – Zephyrs (now the Washington Wizards) and the Stags (1946 – 1950). The Bulls’ founder, Dick Klein, was the Bulls’ only owner to ever play professional basketball (for the Chicago American Gears). He served as the Bulls’ president and general manager in their beginning years. The team started in the 1966 – 1967 NBA season, and posted the best record by an expansion team in NBA history. Coached by Chicagoan and former NBA star Johnny “Red” Kerr, and led by former NBA assist leader Guy Rodgers and forward Bob Boozer, the Bulls qualified for the playoffs, the only NBA team to do so in their first season.