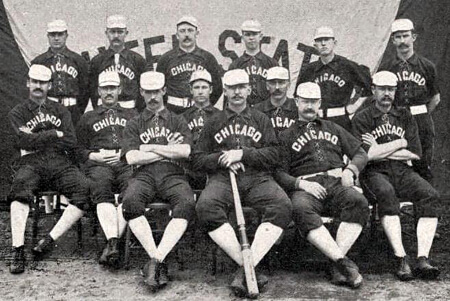 In 1900, the Western League changed its name to the American League. It was still officially a minor league, subject to the governing National Agreement and an underling of the National League. The NL actually gave permission to the AL to put a team in Chicago, provided he not use the city name in the team’s branding. Comiskey moved his St. Paul club to the Near South Side and renamed it the White Stockings, grabbing a nickname that had once been used by the Chicago Cubs.