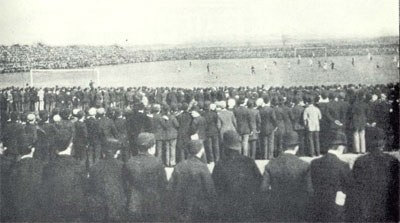 The club was initially given the use of two fields – James Harper’s Field and Red House Park – both off Lower Villiers Street in Blakenhall. From there, they moved to a site on the Dudley Road opposite the Fighting Cocks Inn in 1881. The club then became one of the twelve founders of the English Football League in 1888 and finished the inaugural season in a creditable third place, as well as reaching their first-ever FA Cup Final, losing 3–0 to the first “Double” winners, Preston North End.