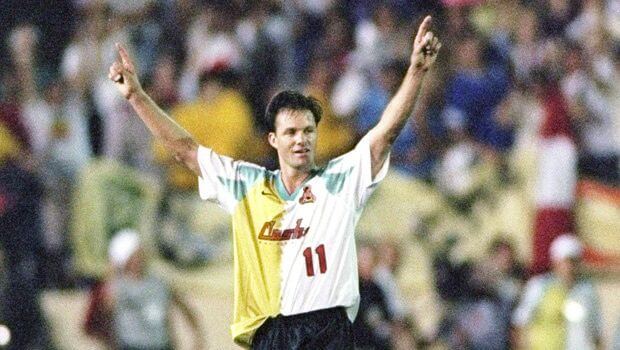 San Jose was an integral part of the launching of MLS, hosting the league’s inaugural game at Spartan Stadium before a crowd of 31,683 on April 6, 1996. The crowd did not go away disappointed as San Jose won its first game on the first goal in MLS history from Eric Wynalda, defeating D.C. United 1–0. One month later, the club made history again, as they hosted the Los Angeles Galaxy in a match that drew 31,728 fans to Spartan Stadium, setting the record for attendance at a sporting event in the city of San Jose. But Wynalda and Calloway were soon at each other’s throats again, eventually leading to a locker room brawl between Wynalda and John Doyle. The skirmish reached memorable proportions when Wynalda hired an airplane to tow a banner demanding Calloway’s firing.