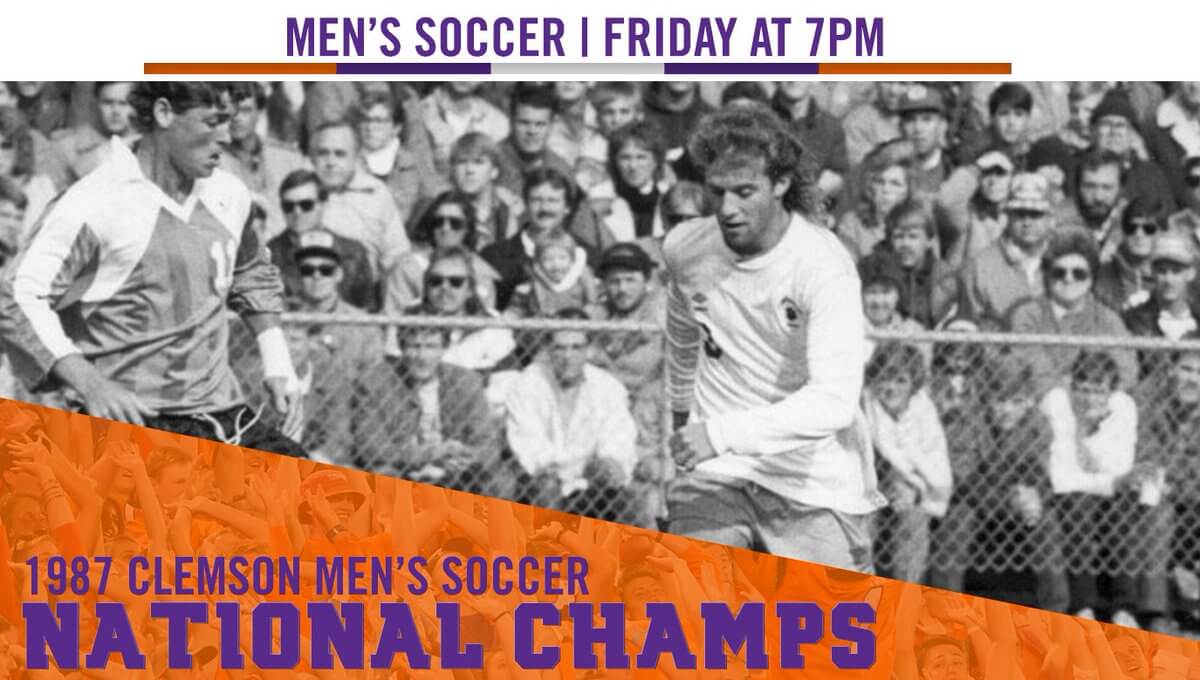 After failing to make the NCAA tournament in 1986, the Tigers earned their 2nd National Championship during the 1987 season. The Tigers finished the 1987 regular season 13–5–1 but had struggled during conference play. Reportedly, the Tigers were the 23rd team selected for the 24-team NCAA tournament. The Tigers, however, won three straight road games, which included an upset of #1-ranked Indiana (who hadn’t lost an NCAA tournament home game prior to the match), and was chosen to host the Final Four at Riggs Field. In the semifinals, the Tigers avenged two earlier losses to North Carolina and, in the championship game, knocked off San Diego State (another surprise finalist). In addition, Bruce Murray won the 1987 Hermann Trophy (the first Clemson player to win the award).