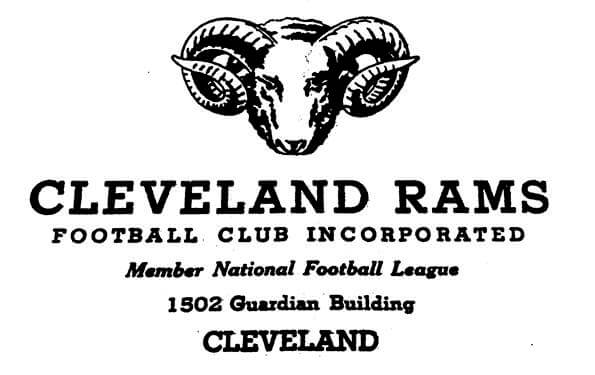 The Cleveland Rams were founded by attorney Homer Marshman in 1936. Their name, the Rams, comes from the nickname of Fordham University. “Rams” was selected to honor the hard work of the football players that came out of that university. They were part of the newly formed American Football League and finished the 1936 regular season in second place with a 5–2–2 record, trailing only the 8–3 record of league champion Boston Shamrocks.