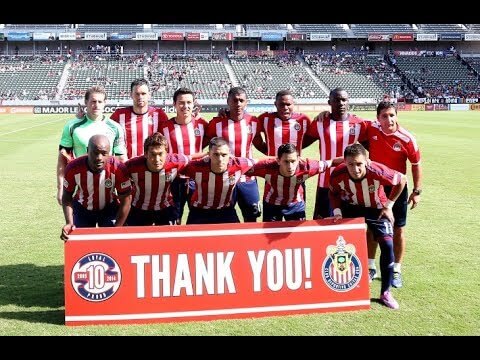 On February 20, 2014, Major League Soccer purchased Chivas USA from Vergara. They announced plans to sell to a buyer dedicated to keeping the club in Los Angeles, as well as a plan to rebrand the club in time for the 2015 MLS season. ESPN reported on September 29, 2014, that the club would suspend operations at the end of the MLS regular season, according to multiple sources.

On September 30, 2014, Grant Wahl of Sports Illustrated reported that a group of investors headed by Henry Nguyen, Los Angeles Dodgers investor Peter Guber and Cardiff City owner Vincent Tan agreed to purchase the club for a fee over $100 million. The sale would mean that Chivas USA would fold, with the second Los Angeles team to take the field as an expansion team with a new stadium in Downtown Los Angeles.

Chivas USA ceased operations on October 27, 2014, with its player development academy continuing to be operated by MLS until June 2015. A dispersal draft took place after the 2014 season, having the remaining players from the club dispersed to other teams in the league. The league added two teams (New York City FC and Orlando City SC) to increase the total number of teams from nineteen to twenty, with Kansas City and Houston both shifting to the Western Conference to keep the conferences balanced. Los Angeles FC began to play in 2018. They are not considered by the league to be a continuation of Chivas USA.