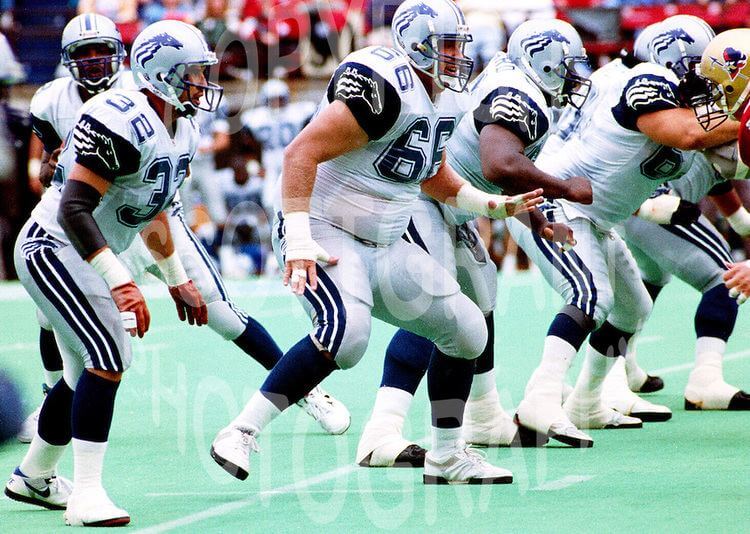 After the 1995 season, the CFL decided to disband three of its five American franchises and return to its traditional East-West divisional alignment for the 1996 season. The two remaining American teams, Baltimore and San Antonio, were to be placed in the CFL’s East Division.

However, this strategy collapsed just a week before the Grey Cup, when longtime Cleveland Browns owner Art Modell announced he would be moving his team to Baltimore. Speros had initially not believed the rumors of Modell courting Baltimore when they cropped up in September. However, as soon as the move was announced, local support for the Stallions dried up almost overnight. The Grey Cup victory celebration at Inner Harbor went almost unnoticed in the local media. Speros soon realized that while the Stallions had been a runaway hit, they could not even begin to go head-to-head with an NFL team. Even without this to consider, continuing to use Memorial Stadium would have been a logistical nightmare once the NFL season began in September, and no other stadium in the Baltimore area was suitable or large enough even for temporary use.

Rather than risk being reduced to “minor league” status in Baltimore, he announced plans to move the franchise. He was actually very close to moving the franchise to Houston, Texas, to take the place of the NFL’s recently departed Houston Oilers in the Astrodome, with then-Houston Astros owner Drayton McLane as a minority partner. However, when it became apparent that the CFL was writing off its American experiment as a lost cause, he decided to relocate the Stallions franchise to Montreal as the third and current incarnation of the Montreal Alouettes. Speros kept the Alouettes for only one year before selling the franchise to current owner Robert C. Wetenhall in 1997.