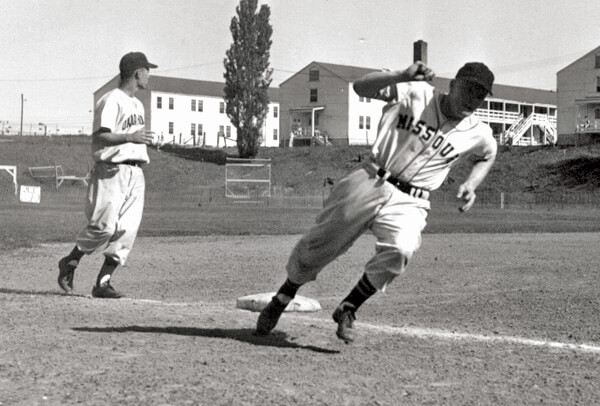 In the first round, Missouri defeated the Lafayette Leopards by a score of 6-3. Missouri was then knocked into the loser’s bracket after a 1-4 second-round loss to Art Brophy and Rollins College. Behind lefthander Ed Cook, the Tigers then defeated the UMass Minutemen 8-1.

Missouri defeated Oklahoma A&M Aggies 7-3 in the behind a strong outing from starting pitcher Norm Stewart and home runs from Jerry Schoonmaker and George Gleason. Tied 3-3 with the Michigan State Spartans heading into the ninth inning, Emil Kammer singled home Buddy Cox to propel Missouri into the championship game for a re-match against Rollins College and Art Brophy.

Missouri bested Rollins 4-1 in the championship game behind a great outing from Ed Cook and a Buddy Cox home run.