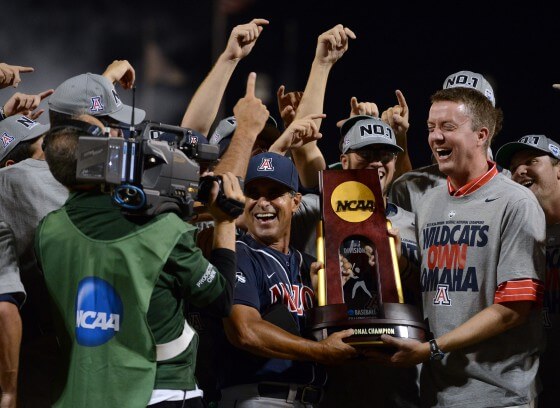 The 2012 season marked the sixty-sixth NCAA Baseball Tournament, which culminated with the eight-team College World Series. The College World Series was held in Omaha, Nebraska. The eight teams played a double-elimination format, with Arizona claiming their fourth championship with two games to none series win over South Carolina in the final.