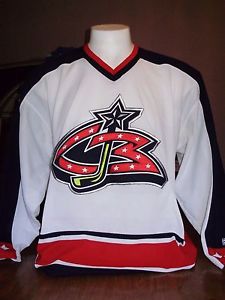 Columbus’ hopes for the bid dimmed when the May referendum failed. However, Nationwide announced on May 31, 1997, that it would finance the $150-million arena. Subsequently, on June 25, 1997, the NHL announced that Columbus would receive a new franchise. On June 23, 2000, the NHL’s two newest teams, the Blue Jackets, and the Minnesota Wild took part in the 2000 NHL Expansion Draft in Calgary, Alberta. Under the draft’s rules, 26 of the NHL’s active 28 teams were allowed to protect one goaltender, five defensemen, and nine forwards, or two goaltenders, three defensemen, and seven forwards. The Atlanta Thrashers and Nashville Predators both had their full rosters protected because they were the two newest teams, only being in existence for one and two years, respectively. Both the Blue Jackets and Wild had to use their first 24 selections on three goaltenders, eight defensemen, and thirteen forwards. Their final two picks could be players of any position.