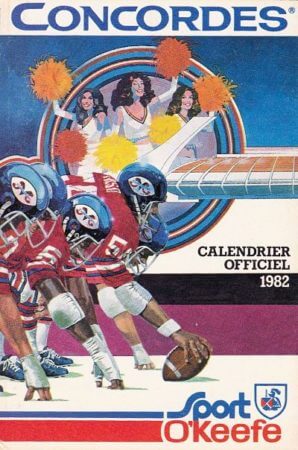 Off the field, financial losses mounted, the team’s attendance had dropped to under 10,000 a game, and the league’s presenting television sponsor (Carling O’Keefe brewery) dropping out prior to the 1987 season proved to be a death blow for the franchise. Bronfman made it clear he would not field a team for the 1987 season unless the club sold thousands of additional season tickets. Neither the necessary season ticket sales nor a viable ownership group willing to take the franchise off Bronfman’s hands materialized. Re-location was not an option either – although several Canadian cities had expressed interest in acquiring a CFL team, none had a stadium suitable for temporary use or a metropolitan area of suitable size, and the CFL was then lukewarm to the possibility of expanding or re-locating to U.S. markets (the CFL’s U.S. expansion did not come until six years later).

The new Alouettes folded on June 24, 1987, just a day before the 1987 season started. So late did the Alouettes’ demise come that the June 28 Washington Post still announced an ESPN broadcast of an Alouettes–Stampeders game, a game never played. The team did play both of its two preseason games on the road before folding, leaving the CFL with eight teams. To balance out the divisions, the easternmost-West Division team, the Winnipeg Blue Bombers, moved to the East Division to take the Alouettes’ place (along with this, the “cross-over rule” for the playoffs was scrapped and not revisited until 1997). The CFL held a dispersal draft for the Alouettes players. Some of the players left out of work by the team’s demise (both on the Alouettes and players on other CFL teams who were cut to make room for former Alouettes) played in the NFL as replacement players during another players’ strike later that year.