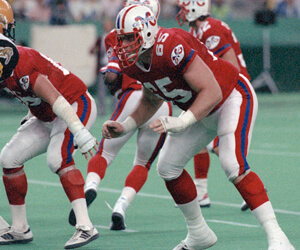 The CFL was long-prepared for the Alouettes’ demise. Among potential suitors for the troubled franchise was Montreal businessman and Montreal Expos founder Charles Bronfman. Bronfman had made it clear to the league that he would not deal with Skalbania, but would be willing to establish what would technically be an expansion team if the Alouettes ceased operations.

On May 14, 1982, a day after the original Alouettes franchise folded, Bronfman founded a new team under the name Montreal Concordes. This team inherited the Alouettes’ franchise history and players (however, much of the NFL talent from the previous year’s Alouettes returned to that league).