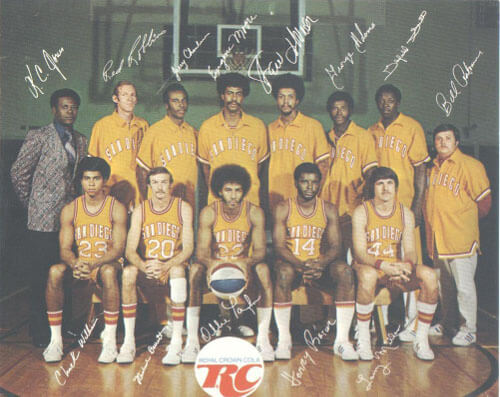 The franchise was founded by Leonard Bloom as the ABA’s first—and as it turned out, only—expansion team. But a feud between Bloom and Peter Graham, manager of the city-owned 14,400 seats San Diego Sports Arena, led Graham to lock the newborn team out of the facility for two years. By the time the conflict was resolved in the fall of 1974, it was too late for a weakened franchise that had been forced to play, in the interim, at such bandboxes as Peterson Gym (3,200 seats) and Golden Hall (sports venue), a multipurpose facility.