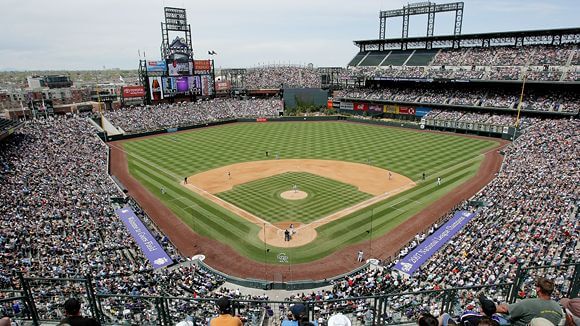 Coors Field is a baseball venue located in Denver, Colorado. It is the home field of Major League Baseball’s Colorado Rockies. It is named for the Coors Brewing Company of Golden, Colorado, which purchased the naming rights to the park prior to its completion in 1995. The Rockies played their first two seasons, 1993 and 1994, in Mile High Stadium before moving to Coors Field, two blocks from Union Station in Denver’s Lower Downtown (or LoDo) neighborhood. The park includes 63 luxury suites and 4,526 club seats.

Coors Field was originally planned to be somewhat smaller, seating only 43,800. However, after the Rockies drew almost 4.5 million people in their first season at Mile High Stadium – the most in baseball history – the plans were altered during construction, and new seats in the right-field upper deck were added.