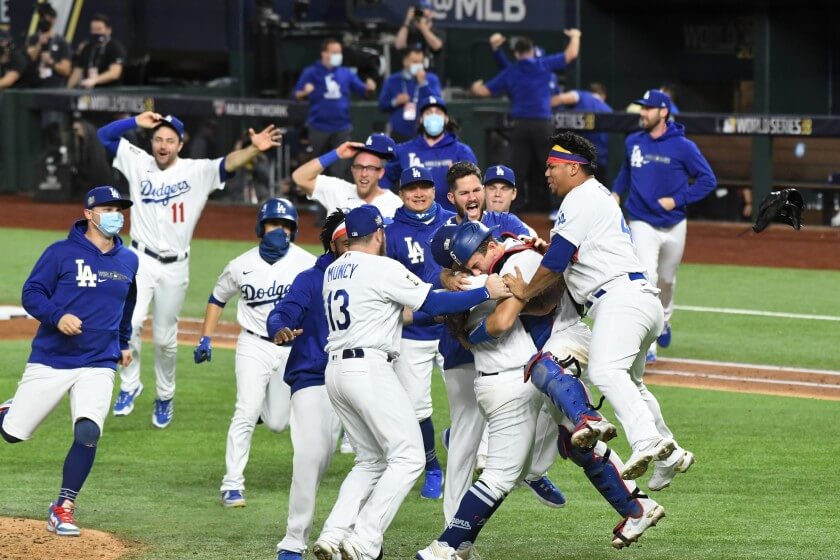 The 2020 World Series was the championship series of Major League Baseball’s 2020 season. The 116th edition of the World Series was a best-of-seven playoff between the American League champion Tampa Bay Rays and the National League champion Los Angeles Dodgers. The Dodgers defeated the Rays to win the series in six games for their first championship in 32 years. Los Angeles shortstop Corey Seager was named the World Series Most Valuable Player (MVP) after batting 8 for 20 with two home runs, five runs batted in, and an on-base percentage of .556.

The series began on October 20 and ended with Game 6 on October 27. Due to the COVID-19 pandemic, all games took place at Globe Life Field in Arlington, Texas, making this the first World Series to be played at a neutral site, as well as the first since 1944 to be held at only one ballpark.