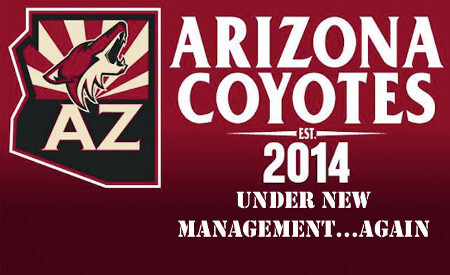 Due to the team’s bankruptcy status since 2009 and the annual revenue lost each year, the NHL planned to move the Coyotes should a deal with the city for a new lease and new ownership not be decided by July 2, 2013. The plan was to move the franchise to a new city, likely Seattle. On July 2, 2013, by a vote of 4–3, the Glendale City Council approved a 15-year lease agreement with Renaissance Sports and Entertainment (RSE), who would purchase the team from the NHL for US$225 million by August 5, 2013. The members of the Canadian group are Executive Chairman & Governor George Gosbee, President, CEO & Alternate Governor Anthony LeBlanc, Alternate Governor Craig Stewart, and Directors Gary J. Drummond, W. David Duckett, William “Bill” Dutton, Robert Gwin, Scott Saxberg, and Richard Walter. RSE partnered with Global Spectrum (owners of the Philadelphia Flyers) for help in managing Gila River Arena. The agreement has the city of Glendale giving RSE US$15 million per year for management fees. There is an agreement that RSE can move the team after five years if it accrues $50 million US in losses.