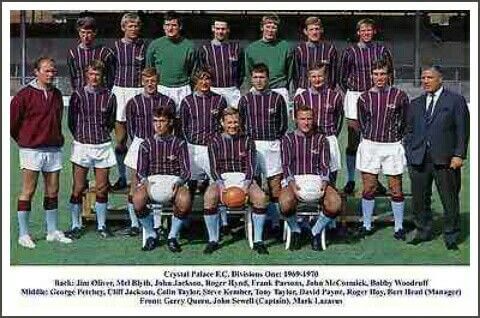 Palace stayed in the top flight from 1969 until 1973, and achieved some memorable results, arguably the best was a 5–0 home win against Manchester United in the 1972 – 1973 season. Arthur Wait stepped down as chairman during that season and was replaced by Raymond Bloye who appointed Malcolm Allison as a manager in March 1973, with Bert Head moving upstairs to become general manager. Unfortunately, the managerial change came too late to save the club from relegation back to the Second Division.