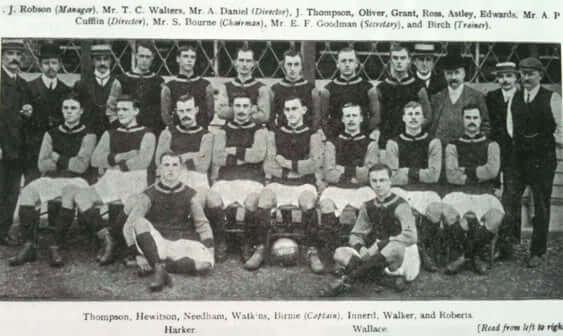 The professional Crystal Palace club was formed on 10 September 1905 under the guidance of Aston Villa assistant secretary Edmund Goodman. Palace applied for election to the Football League, but were rejected and the club found itself in the Southern League Second Division for the 1905 – 1906 seasons. The club was successful in its inaugural season and was promoted to the First Division, crowned as champions. Palace also played in the mid-week United Counties League, finishing runners-up to Watford, and it was in this competition that the club played their first match, winning 3–0 away to New Brompton.