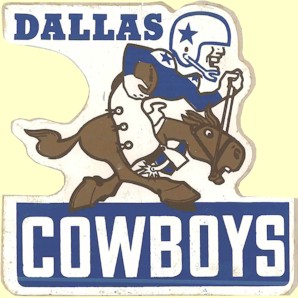 The Dallas Cowboys were the NFL’s first modern-era expansion team. The NFL was late in awarding a franchise to Dallas; after Lamar Hunt was rebuffed in his efforts to acquire an NFL franchise for Dallas, he became part of a group of owners that formed the American Football League with Hunt’s AFL franchise in Dallas known as the Texans (later to become the Kansas City Chiefs). In an effort not to cede the South to the AFL, the NFL awarded Dallas a franchise, but not until after the 1960 college draft had been held. As a result, the NFL’s first-ever expansion team played its inaugural season without the benefit of a college draft. Originally, the formation of an NFL expansion team in Texas was met with strong opposition by Washington Redskins owner, George Preston Marshall. This was no surprise because despite being located in the nation’s capital, Marshall’s Redskins had enjoyed a monopoly as the only NFL team to represent the American South for several decades. This came as little surprise to would-be team owners, Clint Murchison, Jr., and Bedford Wynne, so to ensure the birth of their expansion team, the men bought the rights to the Redskins fight song, “Hail to the Redskins” and threatened to refuse to allow Marshall to play the song at games. Needing the song, which had become a staple for his “professional football team of Dixie”, Marshall changed his mind, and the city of Dallas, Texas, was granted an NFL franchise on January 28, 1960. This early confrontation between the two franchises helped to trigger what would become one of the more heated National Football League rivalries, which continues to this day.