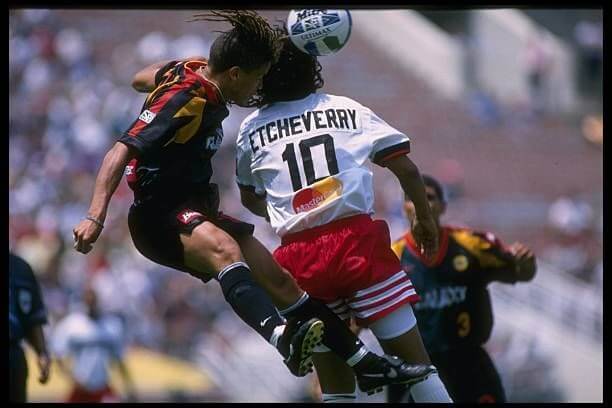 Prior to the 1994 FIFA World Cup, the United States Soccer Federation fulfilled its promise to FIFA by aiding in the foundation of a new professional league. On June 15, 1994, Major League Soccer selected Washington, D.C. out of twenty-two applicants to host one of the first seven teams, with three more added before the league’s launch.

On April 6, 1996, D.C. United played in the league’s inaugural match against the San Jose Clash in Spartan Stadium in San Jose, California. In the league’s early years, D.C. was the most successful of all the teams in MLS. In their first year, coach Bruce Arena led the team to the first “double” in modern U.S. soccer history by beating the Los Angeles Galaxy in the first MLS Cup and the Rochester Raging Rhinos of the USL First Division in the 1996 U.S. Open Cup. D.C. repeated its MLS Cup victory in 1997 against the Colorado Rapids, in front of a home crowd at RFK Stadium.