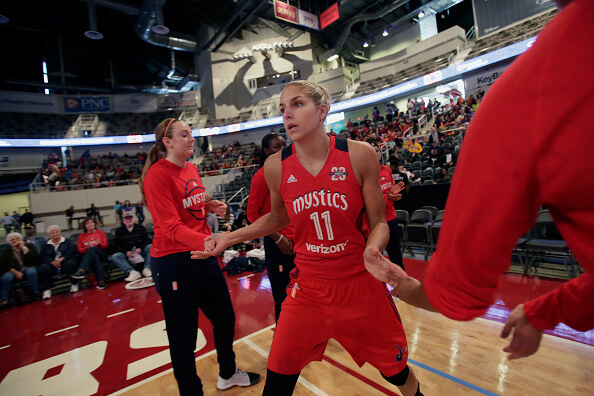 During the 2016 – 2017 off-season, the Mystics were busy in the trade market. With enough trade assets, they were determined to make a trade for a superstar player. First, on January 30, the team executed a three-way deal with the New York Liberty and Seattle Storm, sending Bria Hartley and Kia Vaughn to the Liberty and receiving the Storm’s #6 pick in the 2017 draft. This proved the prelude to an even larger deal as it freed up cap space to land a superstar on their team. Officially announced on February 2, the Mystics traded Kahleah Copper, Stefanie Dolson, and the second overall pick in the 2017 WNBA draft to the Chicago Sky in exchange for 2015 league MVP Elena Delle Donne.