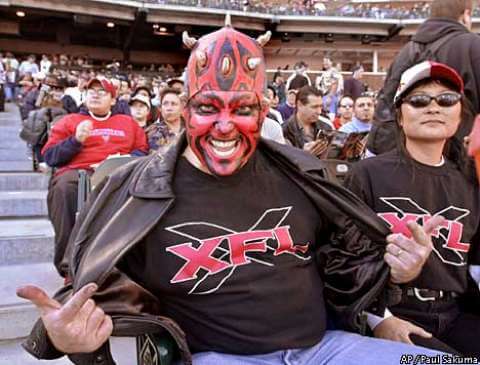 The San Francisco Demons (originally named San Jose Demons) was a short-lived springtime American football team based in San Francisco, California. This team was part of the failed XFL begun by Vince McMahon of World Wrestling Entertainment and by NBC, a major television network in the United States. Originally they were to be based in San Jose but prior to the start of the season, they were moved to San Francisco. They were in the Western Division with the Los Angeles Xtreme, Las Vegas Outlaws, and Memphis Maniax.

The team played in Pacific Bell Park in San Francisco; despite having the smallest stadium in the league, they also had the highest average attendance (34,954). The fans had a cheering section nicknamed “The Hellhole”.

The team was coached by Jim Skipper, former running backs coach for the NY Giants.