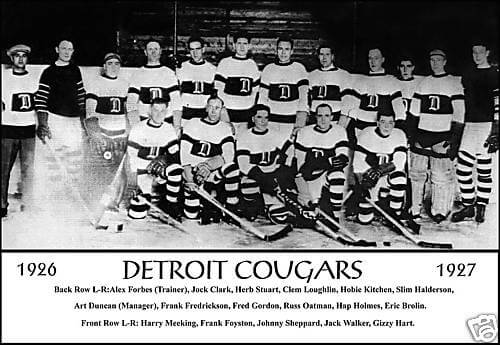 During a subsequent meeting on May 15, the league approved a franchise to the Townsend-Seyburn group of Detroit and named Charles A. Hughes as governor. Frank and Lester Patrick, the owners of the WHL, made a deal to sell the league’s players to the NHL and cease league operations. The new Detroit franchise purchased the players of the folded Victoria Cougars (Winner of the 1925 Stanley Cup) WHL club to play for the team. The new Detroit franchise also adopted the Cougars’ nickname in honor of the folded franchise.