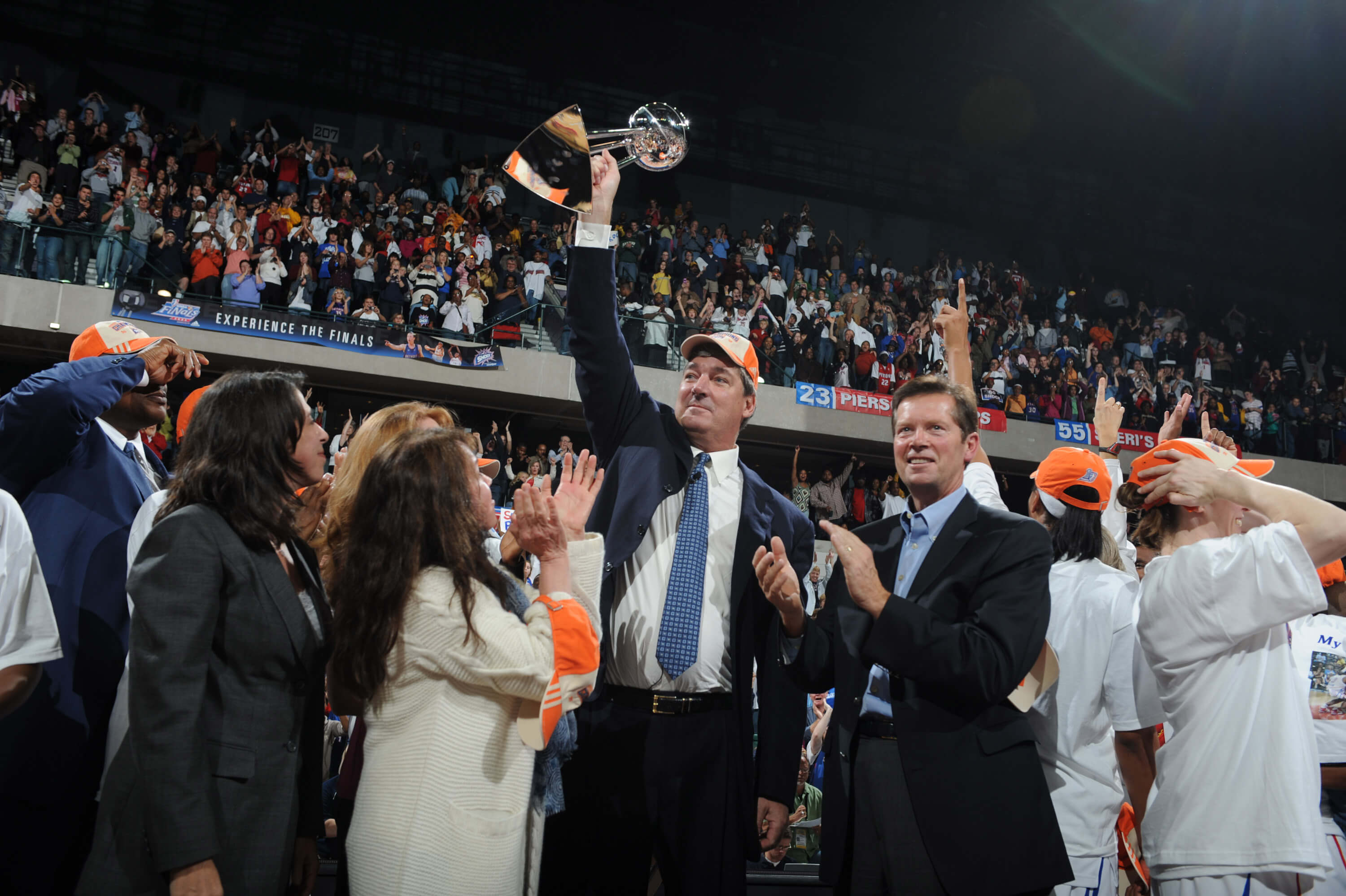 Entering the 2008 postseason, the Shock posted a 22-12 regular-season record, the best record in the East. In the first round against the Indiana Fever, Detroit handled Indiana in 3 games. Due to the scheduling of other events at the Palace, the Shock had to play their home playoff games in the conference and league finals at Eastern Michigan University’s Convocation Center in Ypsilanti. In the conference finals against the New York Liberty, the Shock would face another 3 games series, but Detroit earned the series victory, moving on to the WNBA Finals against the league-best San Antonio Silver Stars. Although the Silver Stars had the best record in the league in 2008, Detroit managed to sweep San Antonio, capturing their 3rd championship in franchise history.