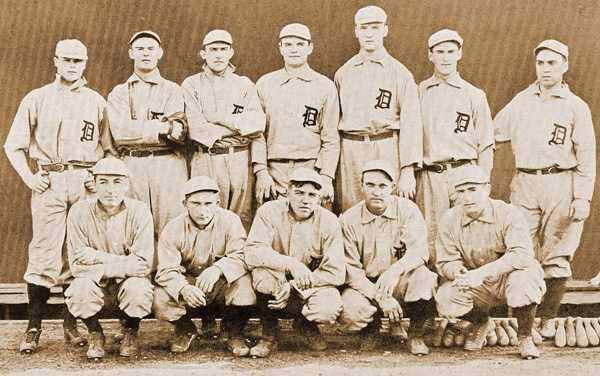 The current Detroit club was a charter member when the Western League reorganized for the 1894 season. They originally played at Boulevard Park, sometimes called League Park. It was located on East Lafayette, then called Champlain Street, between Helen and East Grand Boulevard, near Belle Isle. In 1895, owner George Vanderbeck decided to build Bennett Park at the corner of Michigan and Trumbull Avenues, which would remain their base of operations for the next 104 seasons. The first game at the corner was an exhibition on April 13, 1896. The team, now occasionally called the “Tigers”, beat a local semi-pro team, known as the Athletics, by a score of 30-3.