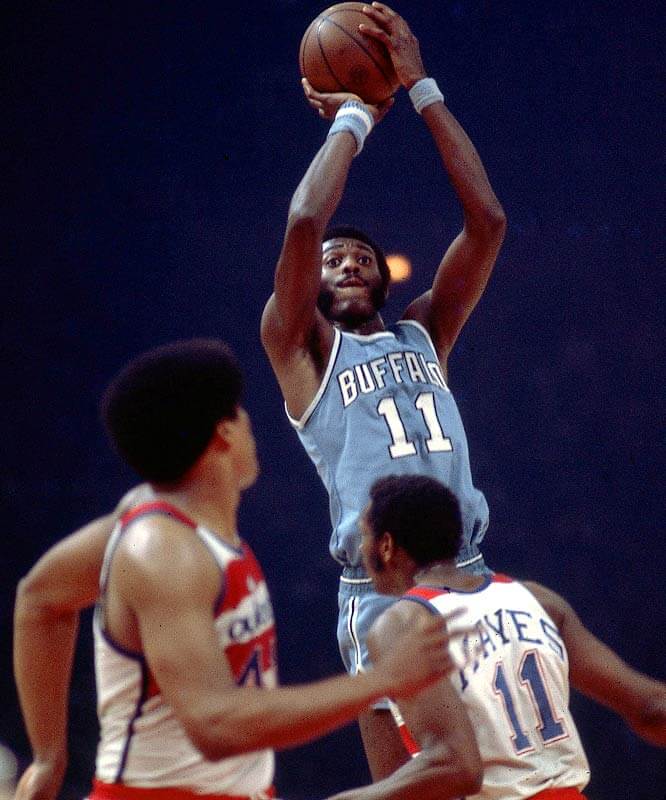 Bob McAdoo sought and won early eligibility in the 1972 NBA draft. He was selected in the first round (second overall) by the Buffalo Braves (now the Los Angeles Clippers). McAdoo quickly became one of the NBA’s premier players. He won the 1973 NBA Rookie of the Year Award and was named to the NBA All-Rookie First Team. He earned the first of three consecutive NBA scoring titles in only his second season.