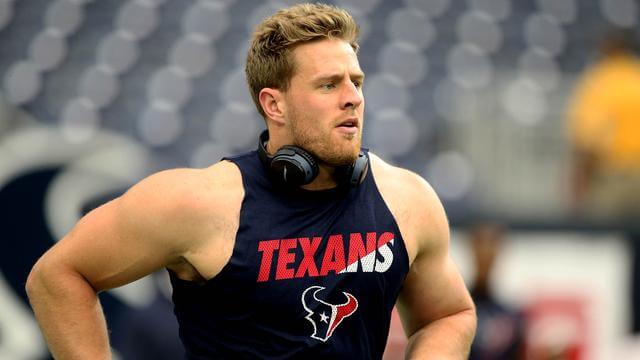 “J.J.” Watt is an American football defensive end for the Houston Texans of the National Football League (NFL). He was drafted by the Texans with the 11th pick in the first round of the 2011 NFL Draft and played college football at Wisconsin.

Watt received the AP NFL Defensive Player of the Year Award three times in his first five seasons. Although primarily a defensive end, he occasionally shifts to defensive tackle in some situations. He has also taken snaps on offense, catching three touchdown passes during the 2014 season. In 2014, Watt became the first player in NFL history to record two 20+ sack seasons in a career. He also holds the Texans’ franchise records for both sacks and forced fumbles.