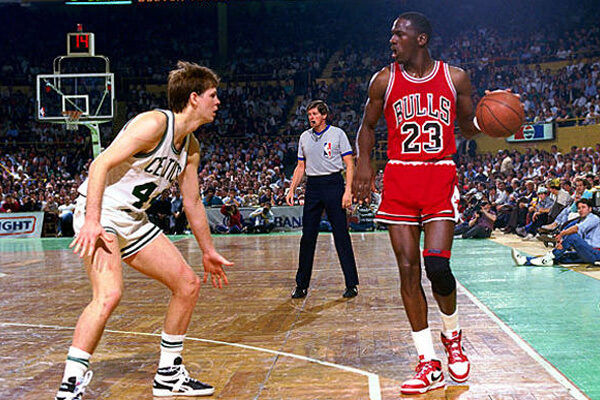 In the summer of 1984, the Bulls had the third pick of the 1984 NBA Draft, after Houston and Portland. The Rockets selected Hakeem Olajuwon, the Blazers picked Sam Bowie and the Bulls chose shooting guard Michael Jordan. The team, with new management in owner Jerry Reinsdorf and general manager Jerry Krause, decided to rebuild around Jordan. Jordan set franchise records during his rookie campaign for scoring (third in the league) and steals (fourth), and led the Bulls back to the playoffs, where they lost in four games to the Milwaukee Bucks. For his efforts, he was rewarded with a selection to the All-NBA Second Team and the NBA Rookie of the Year Award.