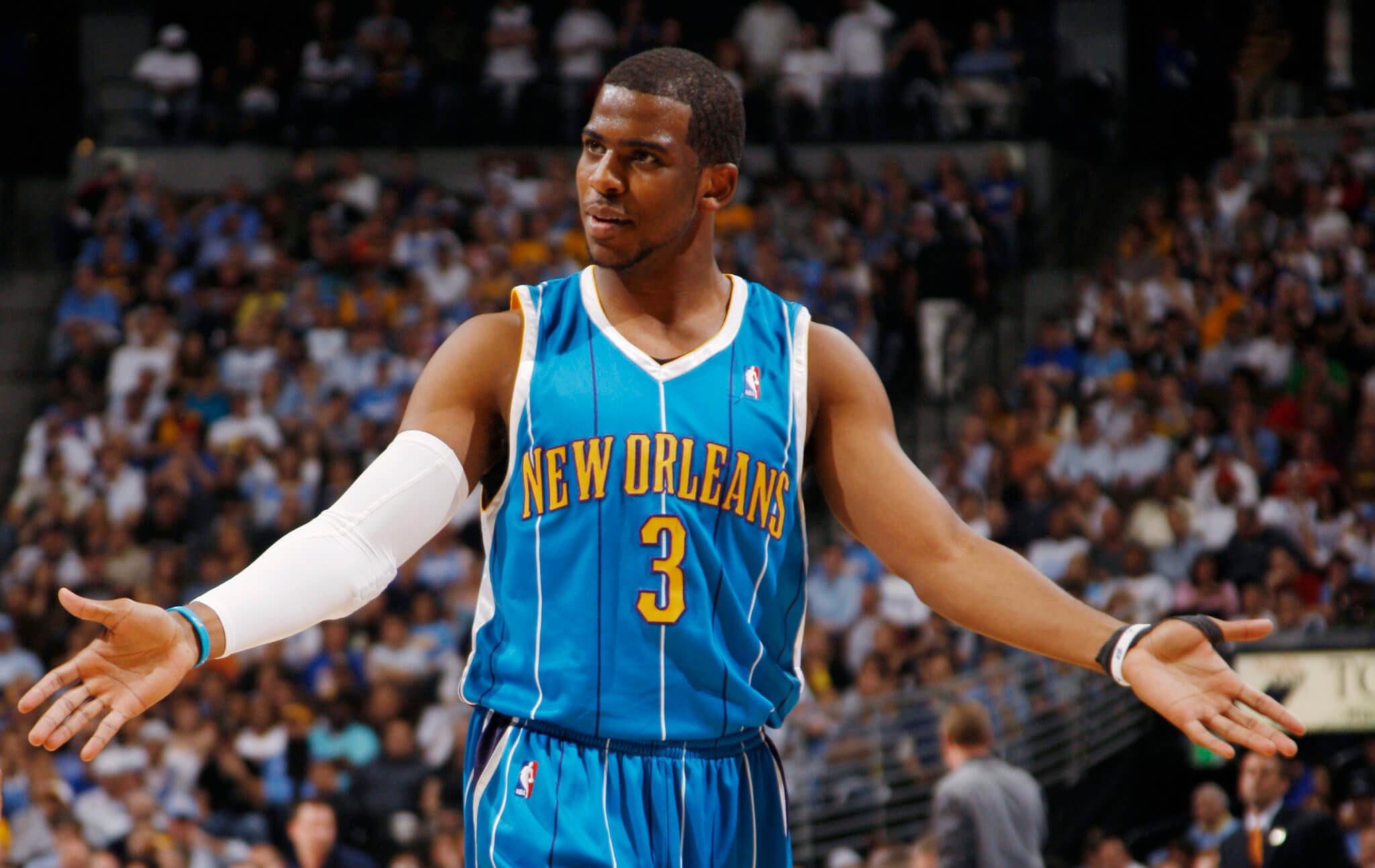 Paul was selected fourth overall in the 2005 NBA draft by the New Orleans Hornets. Due to the devastation caused by Hurricane Katrina, the Hornets played most of their games in Oklahoma City that year. Paul finished the season leading all rookies in points, assists, steals, and double-doubles, and became only the second rookie in NBA history to lead the league in total steals. With final averages of 16.1 points, 5.1 rebounds, 7.8 assists, and 2.2 steals per game, he was named Rookie of the Year, falling just one vote shy of winning the award unanimously. The only other rookie to receive a first-place vote was Deron Williams, with whom Paul enjoyed a brief rivalry early in their careers.

At the 2007 All-Star Weekend, Paul set new Rookie Challenge records with 17 assists and 9 steals. For his sophomore season, he increased his scoring and passing averages to 17.3 points and 8.9 assists per game, but played in only 64 games due to injury.