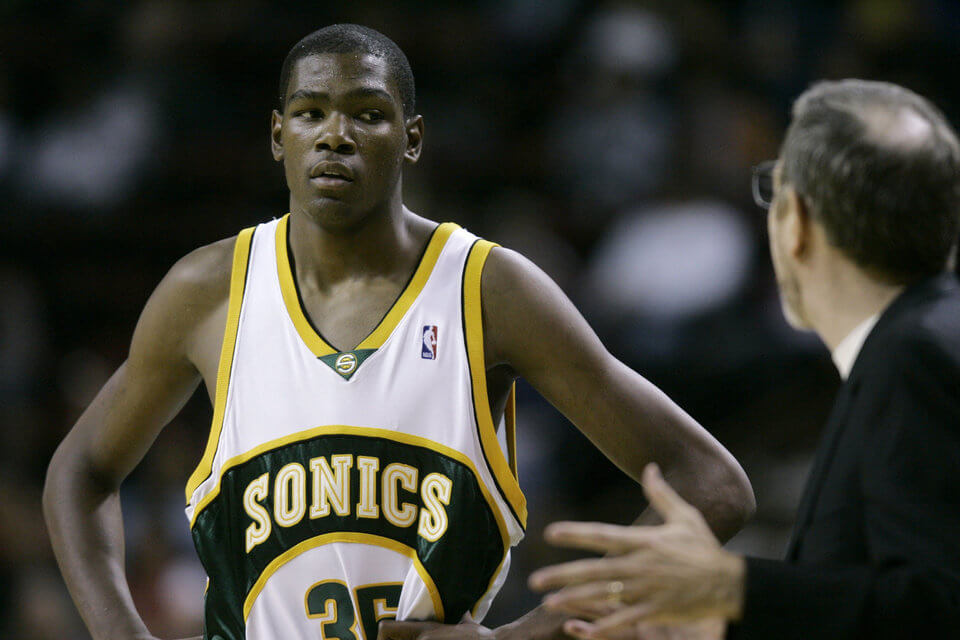 On May 22, 2007, the SuperSonics were awarded the 2nd pick in the 2007 NBA Draft, equaling the highest draft position the team has ever held. They selected Kevin Durant out of Texas. On June 28, 2007, the SuperSonics traded Ray Allen and the 35th pick of the 2nd round (Glen Davis) in the 2007 NBA Draft to the Boston Celtics for rights to the 5th pick Jeff Green, Wally Szczerbiak, and Delonte West.