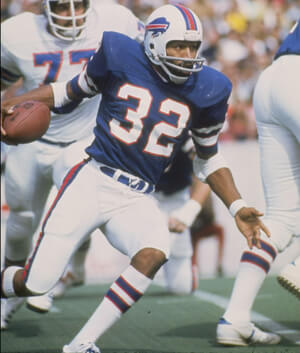 Simpson was drafted by the AFL’s Buffalo Bills, who got first pick in the 1969 AFL-NFL Common Draft after finishing 1–12–1 in 1968. Before the 1969 season, the Bills drafted running back O. J. Simpson, who would become the face of the franchise through the 1970s. The NFL-AFL merger placed Buffalo in the AFC East division with the Patriots, Dolphins, Jets, and Colts.