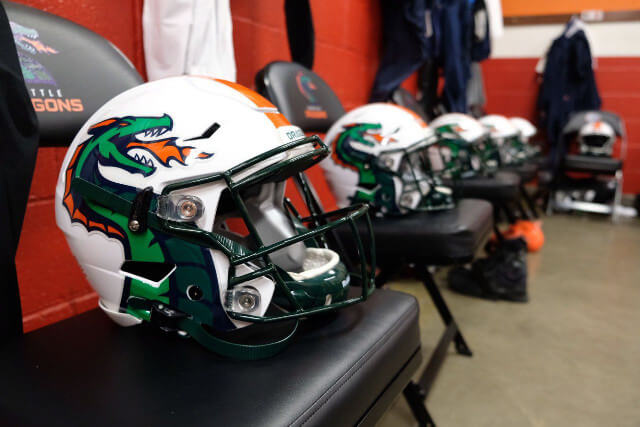 Seven out of eight of the teams that were awarded an inaugural team from Vince McMahon are located in an NFL city. The Dragons share CenturyLink Field with the Seattle Seahawks of the NFL and Seattle Sounders FC of MLS.

Seattle Seahawks coach Pete Carroll said that “he doesn’t mind” the fact that the XFL will host a team in Seattle and “in fact, if anything…Seattle should welcome the new league with open arms.”

Former Seahawks quarterback Jim Zorn, who was the first quarterback to start for the Seahawks, was named the team’s first head coach on February 25, 2019. On June 22, 2019, the XFL Summer Showcase was held in Seattle’s Memorial Stadium, which hosted about 100 players trying out for the new expansion team.

The Dragons schedule was announced and season ticket deposit holders were given seating in September 2019, and the team attended the first XFL draft in October 2019. In November 2019, the team began their training camp. The team logo and uniforms were unveiled on December 3, 2019. The Dragons inaugural game was played on February 8, 2020.