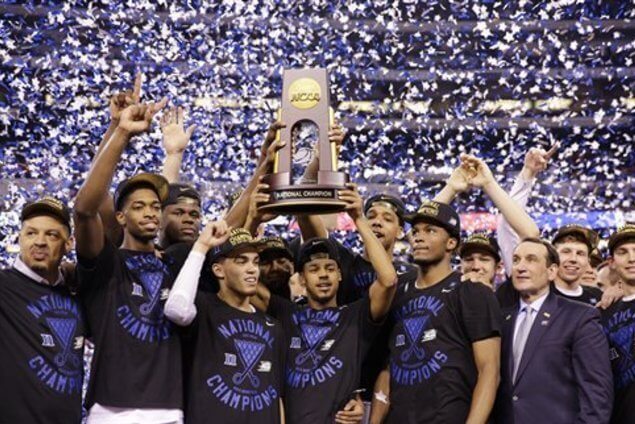 The 2015 NCAA Division I Men’s Basketball Tournament involved 68 teams playing in a single-elimination tournament to determine the national champion of men’s NCAA Division I college basketball. The 77th edition of the tournament began on March 17, 2015, and concluded with the championship game on April 6 at Lucas Oil Stadium in Indianapolis. Duke defeated Wisconsin in the championship game, 68–63. Tyus Jones of Duke was the tournament’s Most Outstanding Player.