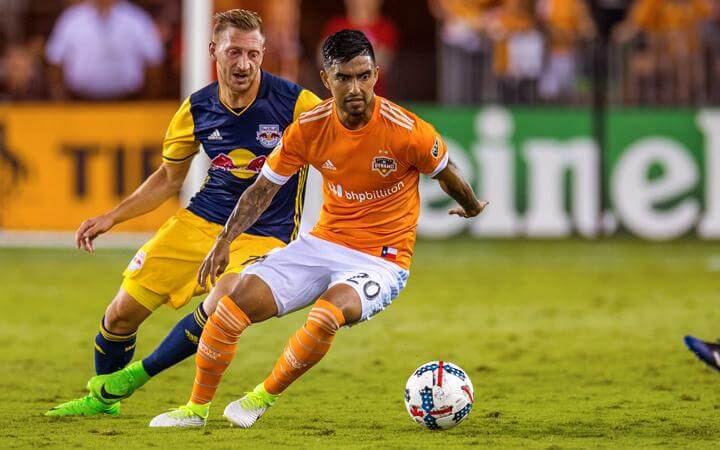 MLS Commissioner Don Garber revealed on November 16, 2005, that the league had granted permission to San Jose Earthquakes’ owners Anschutz Entertainment Group to relocate the team for the 2006 season, giving the entertainment giant 30 days to make a decision. Garber was in Houston and spoke with the media before an international friendly between Mexico and Bulgaria at Reliant Stadium, citing Houston as the next destination for an MLS club whether the Earthquakes moved or not.

On December 15, 2005, Major League Soccer announced the relocation of the San Jose franchise, along with all players and coaches under contract, to Houston. The Earthquakes name, colors and competition records were retained by the league for a possible expansion team. According to MLS, AEG had invested more than $20 million in the Earthquakes since purchasing the team in 2003 and suffered significant losses during that period because of its stadium deal. AEG had previously considered Houston as a site to relocate to and entered “positive discussions” about finding a soccer stadium in Houston.

A ceremony was held outside Houston City Hall on December 16, 2005, to officially announce the franchise’s arrival. Mayor Bill White joined city council members, Harris County officials, local soccer organizers and fans in welcoming team coach Dominic Kinnear and players Pat Onstad and Wade Barrett with cowboy boots and hats. It was disclosed that the team would train and play at the University of Houston’s Robertson Stadium on a three-year lease with the university earning a percentage of the revenues from concessions, parking, and other sources.