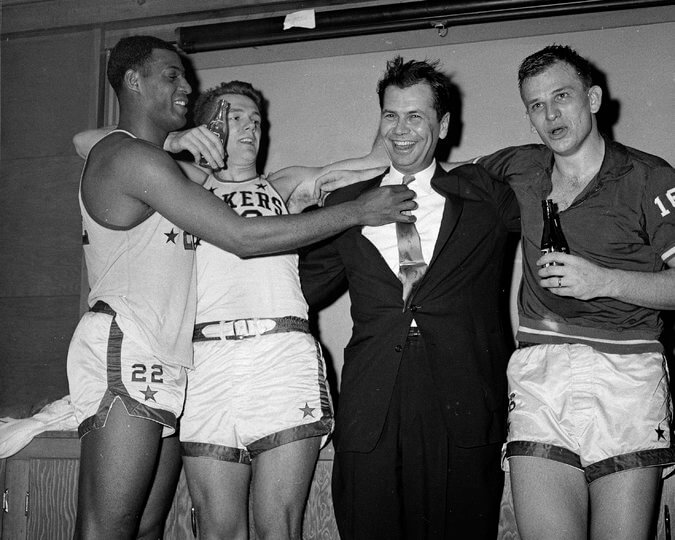 The last place, however, meant the first pick in the draft, and the Lakers chose wisely, picking Elgin Baylor, who went on to win the NBA Rookie of the Year Award after averaging 24.9 points per game and 15.0 rebounds per game. In 1959, Baylor and Mikkelsen were able to lead the team past their recent nemesis, the Hawks, and into the Finals, where they fell to the then-emerging Boston Celtics in the first four-game sweep in NBA Finals history. This marked the start of the long rivalry between the two teams. 1960 saw the Lakers start poorly, but they managed to make the playoffs with a meager 25–50 record. They were defeated again, however, by the Hawks.