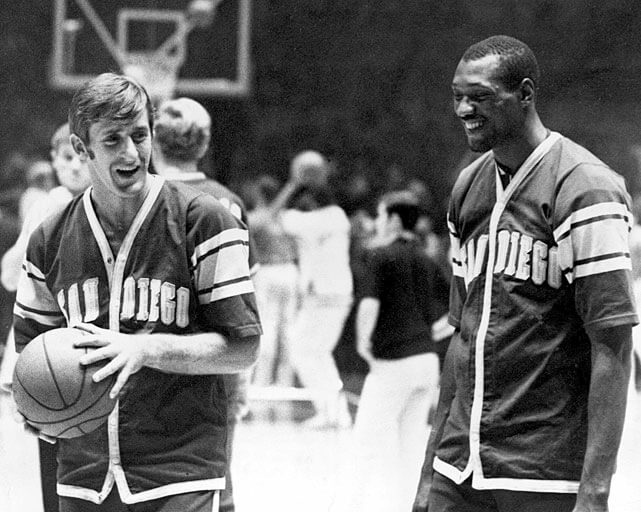 In 1968, after the Rockets won a coin toss against the Baltimore Bullets to determine who would have the first overall pick in the 1968 NBA draft, they selected Elvin Hayes from the University of Houston. Hayes improved the Rockets’ record to 37 wins and 45 losses, enough for the franchise’s first ever playoff appearance in 1969, but the Rockets lost in the semi-finals of the Western Division to the Atlanta Hawks, four games to two. Despite the additions of Calvin Murphy and Rudy Tomjanovich and the management of Hall of Fame coach Alex Hannum, the Rockets tallied a 57–97 record in the following two seasons and did not make the playoffs in either season.