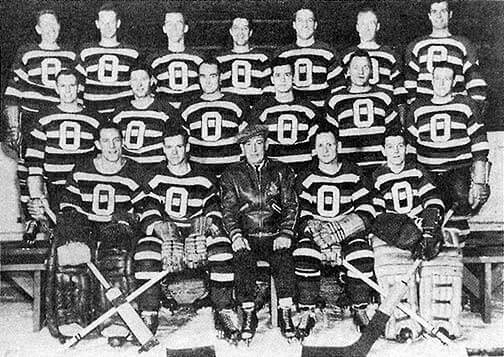 Despite finishing in the last place for the second year in a row, the Senators actually improved their attendance over the previous season. Even with the increased gate, they barely survived the season. After the season ended, it was announced by Auditorium president F. D. Burpee that the franchise would not return to Ottawa for the 1934 – 1935 season due to losses of $60,000 over the previous two seasons. The losses were too great to be made up by the sale of players’ contracts, and the club needed to be moved to “some very large city which has a large rink if we are to protect the Auditorium shareholders and pay off our debts.” The NHL franchise was moved to St. Louis, Missouri, and operated as the St. Louis Eagles. The Eagles played only one season, finishing last again. They suspended operations after the season, never to return. Flash Hollett was the last member of the Senators to play in the NHL, retiring with the Detroit Red Wings in 1946.

The city of Ottawa did not have an NHL franchise again until the new Ottawa Senators franchise was awarded for the 1992 – 1993 season. The NHL presented the Senators with a “certificate of reinstatement” commemorating Ottawa’s return to the league, and the current Senators honor the original franchise’s 11 Stanley Cups. However, records for the two teams are kept separately. Frank Finnigan, the last surviving member of the original Senators’ last Stanley Cup winner, played a key role in the drive to win an expansion franchise for Ottawa. He was slated to drop the puck in a ceremonial face-off for the new franchise’s first game but died a year before that game took place. The new Senators honored Finnigan by retiring his #8 jersey.