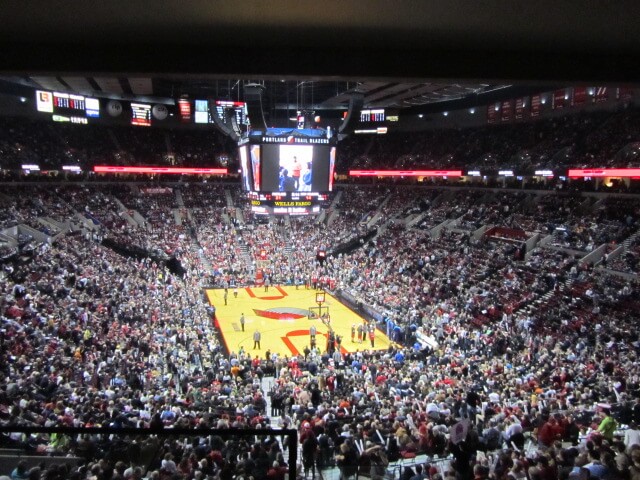 Starting on April 5, 1977 of that year, the team began a sellout streak of 814 straight games the second longest in American major professional sports history which did not end until 1995, after the team moved into a larger facility. In the fall of 1995, the team left the Memorial Coliseum for a new home, the 20,000-seat Rose Garden Arena.