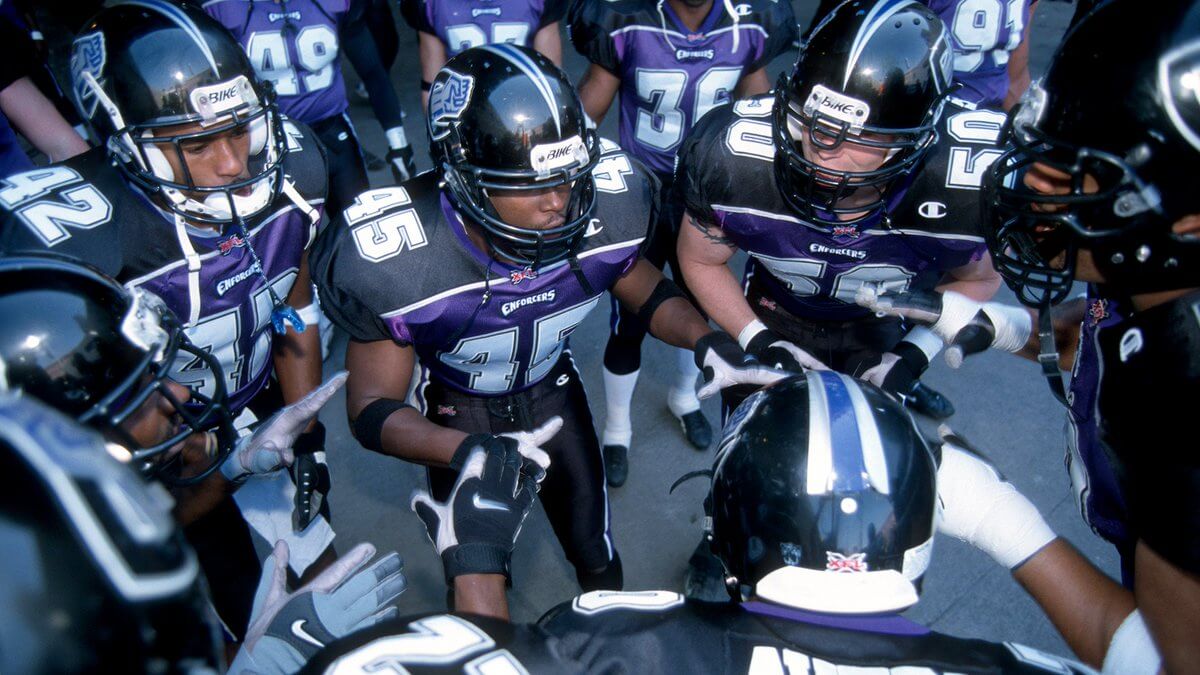 This team was part of the failed XFL begun by Vince McMahon of WWE and by NBC, a major television network in the United States. NBC dropped the XFL after the first season in 2001 due to dismal ratings, and the dissolution of the league was announced shortly afterward.

The team name references mob enforcers, alluding to Chicago’s history of mafia influence. Their fight song would later become famous as the entrance music for professional wrestler Brock Lesnar, who had signed a contract with WWE but was yet to debut.

The “Chicago Enforcers” name is currently used by the Chicago Police Department for their works team in the National Public Safety Football League.