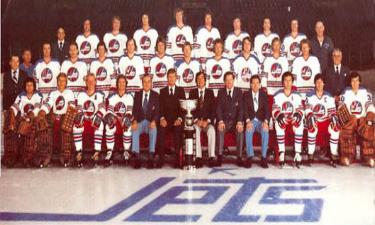 By 1979, the vast majority of the WHA’s teams had folded, but the Jets were still going strong and they were absorbed into the NHL along with the Nordiques, Oilers and Hartford Whalers. They had to pay a high price for a berth in the more established league, however. They had to give up three of their top six scorers – the core of the last WHA champion – in a reclamation draft. They were also forced to draft 18th out of 21 teams. In the draft, they opted to protect defense man Scott Campbell, who had shown a good deal of promise in the last WHA season.