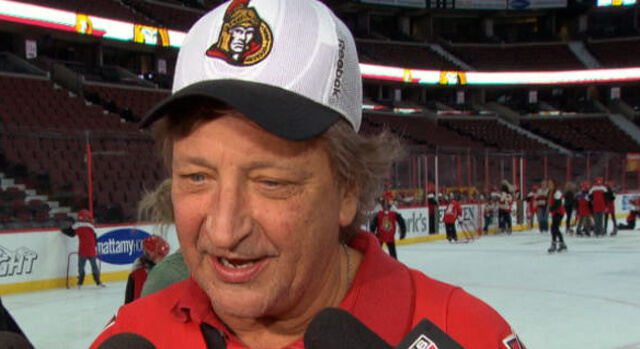 On August 26, 2003, Eugene Melnyk purchased the Ottawa Senators hockey club of the NHL and their arena, Corel Centre out of bankruptcy. He is the sole owner and holds the titles of governor and chairman.

Eugene has repeatedly stated that the team is not for sale and he would never consider selling it. Although the Ottawa Senators are a Canadian ice hockey club, the team yields little to no profit year to year. In the 2012 – 2013 season, the average ticket prices of the Ottawa Senators were the fifth cheapest in the league; Colorado, Dallas, Tampa Bay, and Phoenix were the only cheaper tickets.