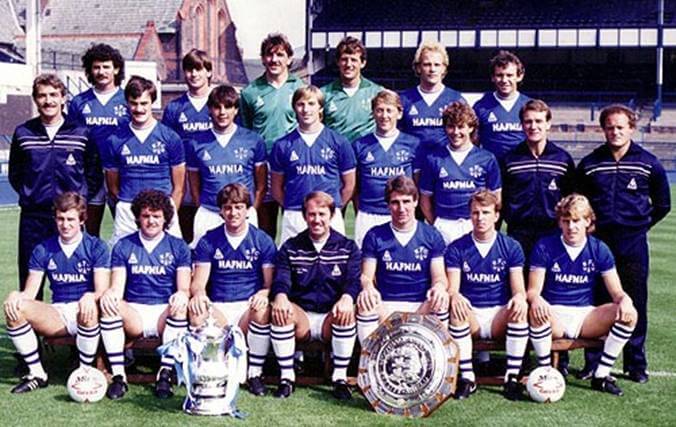 Howard Kendall took over as manager and guided Everton to its most successful era. Domestically, Everton won the FA Cup in 1984 and two League Championships in 1984–85 and 1986–87. In Europe, the club won its first, and so far only, European trophy by securing the European Cup Winners’ Cup in 1985. The European success came after first beating University College Dublin, Inter Bratislava, and Fortuna Sittard. Then, Everton defeated German giants Bayern Munich 3–1 in the semi-finals, despite trailing at half time (in a match voted the greatest in Goodison Park history), and recorded the same scoreline over Austrian club Rapid Vienna in the final. Having won both the League and Cup Winners’ Cup in 1985, Everton came very close to winning a treble but lost to Manchester United in the FA Cup final. The following season, 1985–86, Everton was the runner-up to Liverpool in both the League and the FA Cup but did recapture the League Championship in 1986–87.