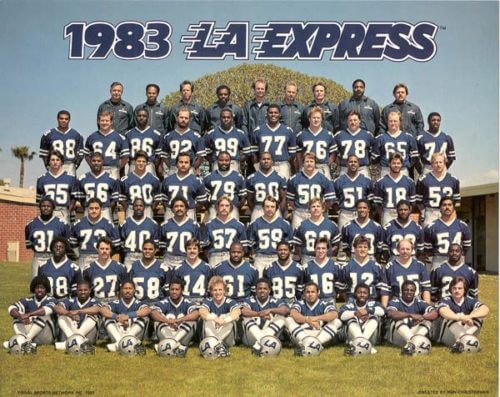 Cable television pioneers Alan Harmon and Bill Daniels were awarded a USFL franchise for San Diego when the league announced its formation in 1982. However, the city refused to grant the team a lease to play at Jack Murphy Stadium under pressure from the stadium’s existing tenants—baseball’s Padres, the NFL’s Chargers, and the NASL’s Sockers. The only other outdoor facility available in the area was Balboa Stadium, the original home of the Chargers. However, it was a relatively antiquated facility (built-in 1915) that had not had a major tenant since the Chargers moved into Jack Murphy in 1967, and was now largely used by high school teams. This was an untenable situation for a team that was aspiring to be part of a major sports league.

With only eight months before the season was to start, Harmon and Daniels decided to move to Los Angeles with the league’s blessing—in the process, forcing Jim Joseph, the second owner of the Los Angeles USFL franchise, to move his team. Joseph relocated his franchise to Phoenix, Arizona, as the Arizona Wranglers.